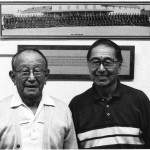 Introductory Remarks. When the publisher of Hawaii Pacific Press asked me to write about the December 17th celebration, I quickly replied that I was not a WW II veteran. I served in Military Intelligence Service, but it was in the Korean War.  When the WW II began, I was only 10 years old.  I told him that my brother, Mitsuo, fought with the 100th Infantry Battalion in WW II. But the publisher asked if I would write my impression about the Congressional Gold Medal (CGM) events.
END_OF_DOCUMENT_TOKEN_TO_BE_REPLACED 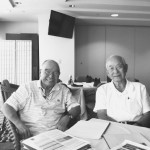 Twenty years later, NJAHS’ vision is very close to becoming a reality. If all goes according to plan, the organization will open the MIS Historic Learning Center next November, culminating years of “arduous” work in honor of the MIS, whose service as interpreters, translators and interrogators in the Asia Pacific theater in World War II was credited by Gen. Charles Willoughby, G-2 chief in the Pacific, with saving a million lives and shortening the war with Japan by two years.
END_OF_DOCUMENT_TOKEN_TO_BE_REPLACED

END_OF_DOCUMENT_TOKEN_TO_BE_REPLACED 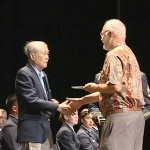 What’s unique about one of these water tanks is that it was built in 1944 by soldiers in the 1399th Engineer Construction Battalion — and it’s still being used. For any structure to remain standing after nearly 70 years is impressive, but even more amazing is that the water tank was constructed with the hard work and sweat of young Japanese American soldiers largely inexperienced in construction, using only hand tools and the occasional power Dewalt cutoff saw.
END_OF_DOCUMENT_TOKEN_TO_BE_REPLACED 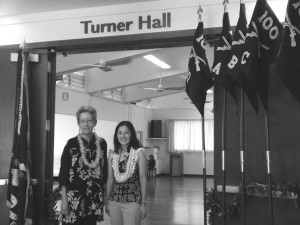 Thanks to a $1 million grant awarded by the state of Hawai‘i Department of Defense in 2008, the 100th Infantry Battalion Veterans clubhouse is looking a lot different these days.
END_OF_DOCUMENT_TOKEN_TO_BE_REPLACED

Comments Off on Preserving the One Puka Puka Story

A Letter to Dad

A Tribute to the San Diego Japanese American Veterans of the 100th/442nd/MIS , “A Letter to Dad” video presented at the San Diego Congressional Gold Medal luncheon held on March 11, 2012.

Produced and directed by Robert P. Ito. Co-directed and narrated by Lane Nishikawa.

Comments Off on A Letter to Dad 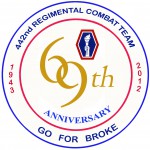 The 442nd Veterans Club held their 69th anniversary banquet on Sunday, March 25, 2012. The festive event was held at the Pacific Beach Hotel in Waikiki. Over 500 attended, including many of the veterans, together with their family members. Actor Cary Tagawa delivered the keynote speech.

Click below to view photos of the event, compliments of photographers: Ann Kabasawa, Clyde Sugimoto and Pat Thompson.

END_OF_DOCUMENT_TOKEN_TO_BE_REPLACED 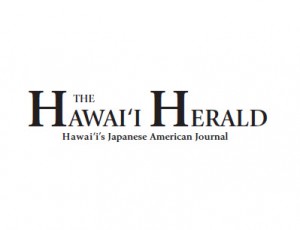 They now belong to an elite group of world citizens — honored by the Congress of the United States with the nation’s high civilian award for service — the Congressional Gold Medal. Past awardees had included U.S. presidents, astronauts, the Dalai Lama, baseball great Jackie Robinson, Pope John Paul II, and Dr. Martin Luther King and Coretta Scott King, among others. Google “Congressional Gold Medal” on the Internet and you will find their names — the 100th Infantry Battalion, 442nd Regimental Combat Team and the Military Intelligence Service — America’s newest Congressional Gold Medal heroes.

END_OF_DOCUMENT_TOKEN_TO_BE_REPLACED

Ted T. Tsukiyama resides in Honolulu and is an active member of the 442nd RCT Veterans Club and the MIS Veterans Club. During World War II, he was a member of the Varsity Victory Volunteers, the 522nd Field Artillery Battalion of the 442nd RCT, and the Military Intelligence Service. Throughout the years, Ted has served as a wartime historian, often writing about his own experiences.

Here is his latest article:

“Senpai” translated into English means “elder,” “senior,” “predecessor” or “pioneer,” and the word “gumi” means “group,” “team,” or “class,”  so “senpai gumi” as referred to herein means “pioneer group” or “pioneer class.”  “Senpai Gumi” is also the name of a historical booklet edited by 100th/MIS veteran Richard S. Oguro which tells the story of the fifty nine Nisei soldiers of the 100th Battalion who in December 1942 were transferred out from their CampMcCoytraining over to the Military Intelligence Service Language School at Camp Savage (MISLS) to become the first group of Nisei from Hawaii to be trained for MIS service, hence the “senpai gumi” of Hawaii Nisei to enter the MIS.

These MIS Senpai all shared the common history of having been drafted into the army prior to the Pearl Harbor attack, were assigned to Hawaii National Guard service with the 298th and 299th Infantry Regiments until late May 1942 when they together with all other Nisei were separated out from the 298th and 299th and assembled  into the Hawaiian Provisional Infantry Battalion. On June 5, 1942 the Battalion comprised of 1,432 Nisei were shipped off to the mainland when they were re-designated the 100th Infantry Battalion (Separate) and sent to Camp McCoy, Wisconsin for combat training.

END_OF_DOCUMENT_TOKEN_TO_BE_REPLACED 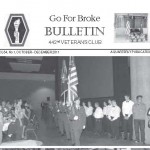 Comments Off on **Go For Broke Bulletin**