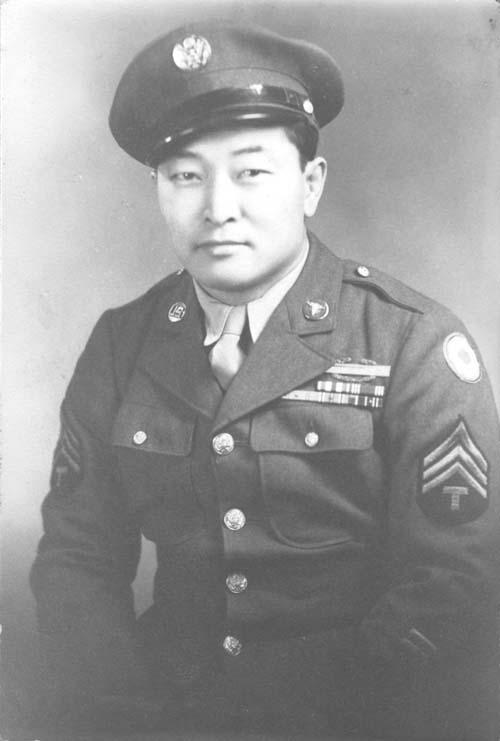 Isaac Fukuo Akinaka served as a Tec/4 in Medical Company, 100th Infantry Battalion (Separate).  He was born May 15, 1911, in Honolulu, Hawaii, the son of Kenjiro and Fusa (Akagi) Akinaka.  His parents immigrated to Hawaii from Hiroshima Prefecture, Japan.  There were six children in the Akinaka family.

Isaac enlisted in the 298th Hawaii National Guard on December 9, 1940, for one year.  During this time he was stationed at Schofield Barracks, Oahu.  His enlistment was due to end on December 8, 1941.  As Pearl Harbor had been attacked on December 7, he reenlisted on December 8.  The 298th soldiers were transferred to the 100th Infantry Battalion, and Akinaka was with them throughout the training at Camp McCoy, Wisconsin, and Camp Shelby, Mississippi.

When the 100th arrived in Italy on September 22, 1943, Akinaga was in the Communications Platoon of Headquarters Company.  After so many were lost in the early days of combat, he volunteered to become a medic.  He received the Silver Star for his actions near Cassino on February 8, 1944.  Other decorations he earned are:  Bronze Star, Distinguished Unit Badge, Combat Infantryman Badge.  His Silver Star citation reads:

The President of the United States of America, authorized by Act of Congress, July 9, 1918, takes pleasure in presenting the Silver Star to Technician Fourth Grade [then Technician Fifth Grade] Isaac F. Akinaka (ASN: 30100059), United States Army, for conspicuous gallantry and intrepidity in action against the enemy while serving as a Medical Aidman with the Medical Detachment, 100th Infantry Battalion (Separate), attached to the 34th Infantry Division, on 8 February 1944, in the vicinity of Cassino, Italy. The company to which Technician Fourth Grade Akinaka was attached was attacking under cover of a smoke screen. The wind suddenly changed direction, exposing the attacking company to the full view of the enemy, and immediately terrific machine gun and artillery fire was directed upon them. Technician Fourth Grade Akinaka unhesitatingly left his defiladed position, went forward, and moving swiftly from one wounded man to another during the fire fight, administered first-aid to the several wounded. Finding two of his comrades in a particularly exposed position, Technician Fourth Grade Akinaka carried them from the field of battle. Although exploding shells showered him with dirt and rocks and any movement brought intense enemy machine pistol and machine gun fire upon him, he did not stop until he had cared for all the wounded. Technician Fourth Grade Akinaka’s courage and unstinting devotion to duty in saving the lives of several of his comrades reflects credit upon himself and is in keeping with the high traditions of the military service.

He was shipped back to the U.S. shortly after the 100th was sent to the bivouac area in Civitavecchia in June 1944.  After some time at Madigan General Hospital in Fort Lewis, Washington, Akinaka was sent to Fitzsimmons General Hospital in Denver, Colorado, where he received three months of medical training in early 1945.  After marrying Gwen Yaiko Yamaki on April 17, 1945, they returned to Fort Lewis, where he was wardmaster of the prisoner-of-war psychiatric ward.  After the war they returned to Honolulu for several years before moving to California.

Please click on the links below to be directed to Akinaka’s extensive journals and life story.  Also included below are other links with more information on his service.

Isaac Fukuo Akinaka died on June 25, 1984.  He was buried at the National Memorial Cemetery of the Pacific at Punchbowl in Honolulu, Hawaii. 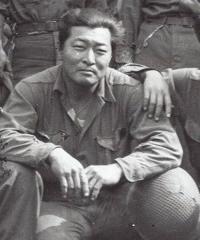 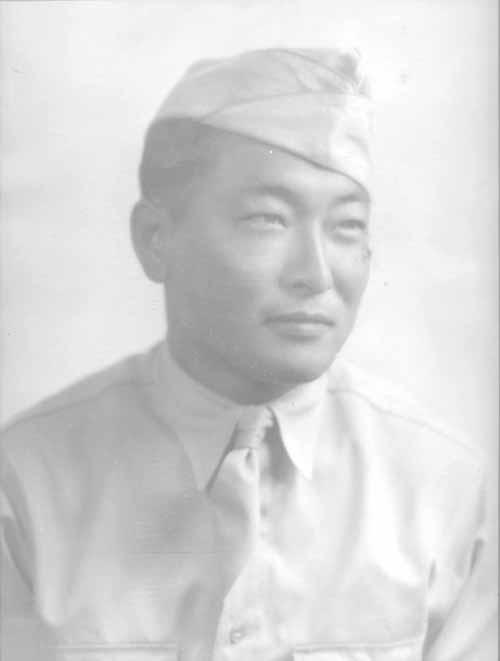