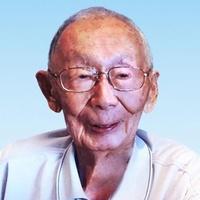 Utah Utaka Ibata served as a Corporal in Cannon Company, 442nd RCT. He was born on May 22, 1920, in Lewellen, Garden County, Nebraska, the son of Ishido George and Sada (Tajima) Ibata; he had three brothers and three sisters. Utah’s parents came to the U.S. in 1906 and 1910, respectively. They were married upon Sada’s arrival in Seattle. At that time Ishido was a Colorado resident. In 1955, his father’s petition for citizenship was recommended for approval in the U.S. Federal Court, in Denver, Colorado.

Utah signed his WWII Draft Registration card on July 1, 1940, in Nebraska. His father George was his point-of-contact; the family was living in Cozad, Dawson County; he was a student and was also engaged in farming with his father. He was 5’8”, 135 lbs.

No records were found concerning Ibata’s enlistment in the U.S. Army other than the enlistment place was Lincoln, Nebraska. He trained at Camp Shelby and served in combat in Italy and France. He was awarded the Distinguished Unit Badge with Oak Leaf Cluster, Combat Infantryman’s Badge, and a 5th Army Citation.

After the war, Ibata married Evelyn Mikiko Dotemoto in Los Angeles, California, on November 7, 1953. They lived in Los Angeles and Long Beach over the succeeding decades. In the City Directory he was listed as an employee of Chem City Chemical & Testing Laboratory. They had no children, but there were many nieces and nephews from his large family.

Ibata donated to the Go For Broke National Education Center monument and his name appears on the plaque on Panel 9A, Row 77.

Utah Ibata died on April 5, 2018. He is buried at Forest Lawn Memorial Park, Cypress, Orange County, California. His grave is in the Garden of Protection, Map 08, Lot 6941, Space 2A. His grave marker is inscribed,“Go For Broke 442nd RCT.”