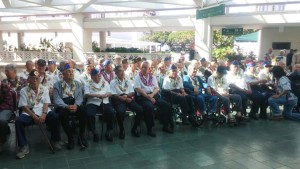 It was a very interesting afternoon.  To see and talk to many veterans and their families was really something that I will remember for a long time. There were so many people who came out to honor the veterans and the slide show that was playing in the background was an additional highlight.  It was nice to see my uncle’s picture when it popped up. 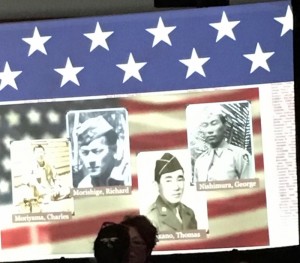 Most of the veterans posed for the official picture, I think this was a big challenge for the photographers.  But the photo came out really nice! 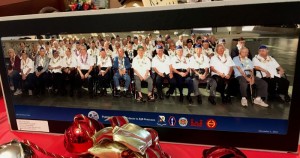 The mistress of ceremonies, Leslie Wilcox, kept the program moving smoothly. I was really impressed with the speakers, starting with Governor David Ige, followed by former Governor George Ariyoshi, and our keynote speaker Admiral Harry B. Harris, Jr., Commander, U.S. Pacific Command. When I first heard that Gov. Ariyoshi was with the MIS, I was really surprised.  Thought he was too young to be in the war! (Although he didn’t go into the service until 1944 and is about four years younger than my uncle, who was also in the MIS).

I enjoyed the speakers and each brought a slightly different perspective to how the war affected their families and their own lives.  Gov. Ige’s father was part of the 100th Infantry Battalion, already noted was Gov. Ariyoshi’s service in the MIS, and Admiral Harris’ mother was from Japan & he was raised in Tennessee. Seems that Gov. Ariyoshi and my uncle had the similar “notice” from Uncle Sam…one day my uncle was in 522B at Camp Shelby and the next day he was headed to Fort Snelling in Minnesota! Gov. Ariyoshi thought he was getting out of the service but was sent to Fort Snelling instead.  (Note: my uncle now lives in Tennessee!)

One of my tablemates at the tribute was a Leilehua grad like me and we were impressed with the Leilehua High School Honors Chorus – nice to see our alma mater represented! Good job!

Overall, I enjoyed the day, seeing old friends and meeting new ones. The speeches were inspiring and makes me want to try and be a better person and live up to what my parents tried to teach me as a person of Japanese ancestry. 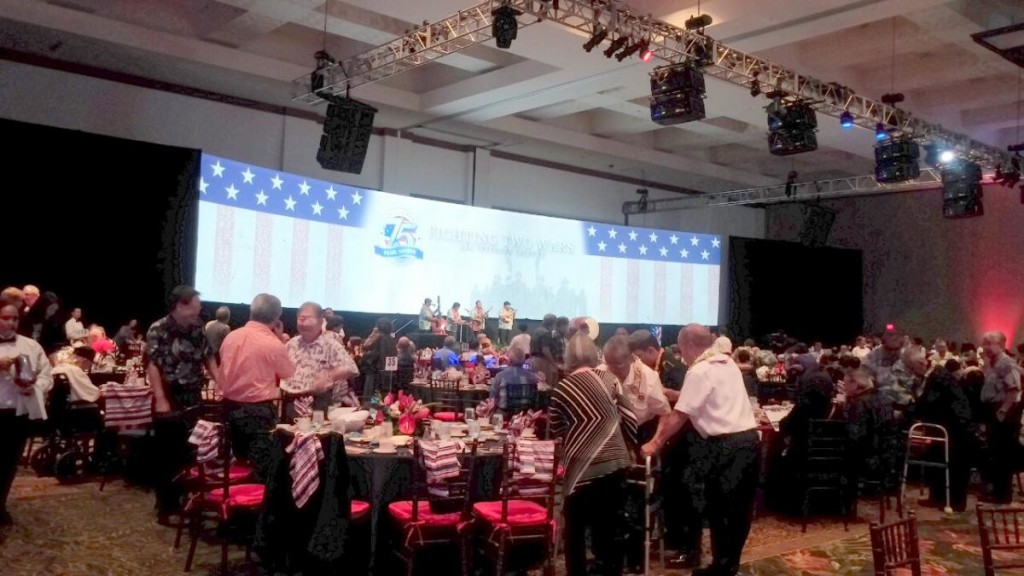 This entry was posted in 442 RCT/Nisei Veteran Events, History, Past Events. Bookmark the permalink.