From the Go For Broke Bulletin Archives (1992), Mike Memories’ Reporter, Yori  Inouye reminisces about M Co members. It starts with a beautiful and evocative poem by Pvt. Satoru Onodera.

“A Voice in the Night” – by Private Satoru Onodera 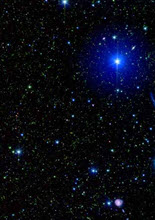 I heard a whispered voice last night,
Which floated through the battle’s might
The way of men below:
“Weren’t they meant to trust and love

Instead of thinking each as foe?”
To enjoy as Thou the gentle rains,
That wash Thy cheeks so clean:
Sweeps o’er field of waving grains
And makes the grasslands green.

Stars that light the travelers’ way,
Winds that cool the fevered brow-
The sun that brightens each new day,
The smell of heather – the song of plow.

Do I speak of these in vain?
Must they live in greatest of sins?
Must they fight and curse the rain?
Knowing the while that no one wins?
Then midst the angry cannon’s roar
The voice for living spoke no more.

Satoru Onodera of Seattle was originally assigned to I Co. of the 442nd. In January 1944, he went overseas as one of the replacements for Co. C, 100th Bn.  He was at the Anzio beachhead in Italy when he wrote this poignant poem during a lull in battle, so eloquently expressing thoughts and feelings the men in the trenches must have had in their hearts and minds. Satoru died in action only a few days after writing the poem.

Kaun Onodera of Seattle, a member of Mike Chapter, had the honor of reading his younger brother’s poem last year during a Dedication Ceremony of the Photographic Memorial honoring “Uncommon American Patriots,” the Americans of Japanese descent from Washington state who died in action in World War II and other wars.  Satoru was among the 62 or so honored.

And while we’re thinking of Kaun Onodera, there’s another interesting matter he many not mention to all of us.  Kaun very recently had the pleasure of receiving a letter from the Director of Public Program of the Japanese American National Museum in Los Angeles informing him of their selection for display a letter he had written overseas during the war to one Norio Mitsuoka.  Mr. Mitsuoka saved hundreds of letters and postcards received from the soldiers serving in Europe when he was interned in Minidoka Relocation Camp in Hunt, Idaho.  Kaun’s letter was one of those selected for display because “it was extraordinarily moving and well written.” Congratulations, Kaun; we’ll be looking for it when we’re in LA in September.  For those visiting the museum in the future, the section to look for is called “Stories in Letters and Documents.”

Another member of M Co. Mr. Mitsuoka mentioned in his memoirs was Private H. (“Dango”) Matsui, 1st Platoon, also from Seattle.  The boys should have no trouble recalling what Dango was like.  Mr. Mitsuoka remembers: “Dango Matsui had quite a reputation.  He was a fisherman and went from job to job all up and down the coast and in Alaska, working in a salmon cannery, oystering, farming.  I worked with his dad in Alaska and then I met Dango in the relocation center in Idaho.  Seems like Dango was everywhere before me.  He made a lot of noise for a little guy.  He was carefree, a very intelligent fellow.  He was a bachelor, almost too old for the Army but he volunteered.  He was a machine-gunner and very fortunate to get out of the war without any wounds.”  Remember Dango?  Just bringing back some ole memories.

This entry was posted in Go For Broke Bulletin, Other RCT Veteran Related News. Bookmark the permalink.