Sun, October 24, 2010 Comments Off on Small Museum in Seattle by Chris Green 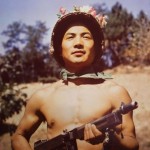 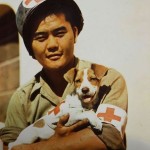 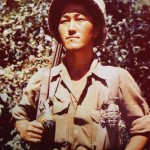 I am Rian Ebesugawa and I live in Seattle although I grew up in Honolulu (McKinley grad Class of 1976).  I am helping out with a small museum we are putting together at the Nisei Veterans Committee Hall here in Seattle.  As part of the museum, we are getting a bazooka or M1A1 rocket launcher.  As part of the display, we want to include a picture of Pvt. Henry Nakamura.  Yank magazine published the photo in August of 1945.  However, I think they spelled his name wrong and had is as Nakamora.  From my research, there was no one by the name of Nakamora at all from Hawaii or the mainland.

What I am interested in is any other information about Pvt. Nakamura to go along with the display.  I know that Pvt. Nakamura survived the war and I was wondering what he did when he left the army.  I want to include his bio with the picture and the bazooka.

Also, I am looking for information about and a picture of Pvt. Michio Fujikawa.  He was with the 522nd Artillery.  I recently acquired a post card he wrote to Hiroshi Kawamoto while Pvt. Nakamura was at Camp Shelby.  I hope to display the postcard/letter but I was hoping to include a picture of him and his bio as well.

I have attached the picture of Henry Nakamura.  I also attached some color pictures of three other 100th vets.  If anyone knows their names, please let me know that as well.