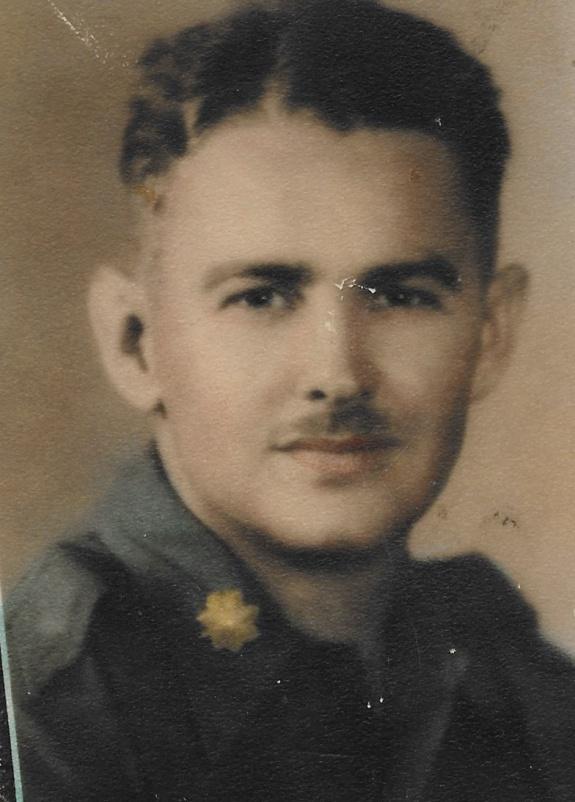 William Perry Wright, Jr., was born on 28 July 1912 in Charleston, Missouri, to William Perry and Blanche Hadassah (Mitchell) Wright, Sr. He was the second of four children – two sons and two daughters. He grew up in Charleston, and at the tender age of 16 he enlisted in the Missouri National Guard on 9 July 1928.

Wright was valedictorian of his senior class when he graduated from Charleston High School in 1930. His high scholastic standing won him the Russell Medal (1-year scholarship) and the Missouri State Scholarship to Washington University in St. Louis. Upon entering university, he joined the Army Reserves as a cadet in the Coast Artillery Corps, Reserve Officers Training Corps.

In 1933, he transferred to the University of Missouri-Columbia, where he continued in the ROTC program, was a member of the Pershing Rifles, the Polo & Riding Association, Delta Theta Phi (a legal fraternity), Delta Sigma Pi (a professional commerce and business administration fraternity), and the Senior Artillery of the Field Artillery Corps (Advanced Course). Upon receiving his Bachelor of Science degree in Business and Public Administration in 1935, he was commissioned on 5 May as a Second Lieutenant in the Field Artillery, U.S. Army Reserves.

In 1939, already married and the father of one son, he entered Tulane University School of Law (Class of 1942) in New Orleans. While there, he was a member of the Moot Court Board and the Student Center Council, and was Student Body Vice President.

Lt. Wright’s time at Tulane was cut short when he was ordered to Active Duty on 12 March 1941, and assigned to the 46th Field Artillery Brigade, Camp Livingston, Louisiana. He served as the Executive Officer for F Battery, 350th Field Artillery Battalion. On 1 December 1941 he received orders to the Philippines. He was at Camp Livingston when Pearl Harbor was attacked a week later. These orders were then rescinded and he was sent to Fort Sill, Oklahoma, for the 3-month basic officer training course (he had not been earlier due to a shortage of officers).

Promoted to Captain on 7 July 1942, he had 2 days’ notice to report to Camp Shelby, Mississippi, for the activation of the 442nd RCT, where he was to be part of the 522nd Field Artillery. Once at Camp Shelby, the officers compared their date of rank, and Captain Wright became the S-3 (operations officer). Shortly afterwards, he was recommended for promotion to Major, and as soon as his promotion came in on 12 March 1943, he became the Executive Officer for the 522nd. During the time at Camp Shelby he was sent to Fort Sill for the advanced artillery course. After returning, he went with the battalion to Louisiana for maneuvers. After more training and more maneuvers, the 442nd was declared ready to ship out. Once at Camp Patrick Henry, Virginia, their orders were unsealed and they discovered they were bound for Italy.

After landing on 28 May 1944 in Brindisi on the east coast, the 522nd traveled by train to meet up with the rest of the 442nd in Naples, then an overnight trip in an LST to the Anzio beachhead. From Anzio, they moved to Tarquinia and the 442nd was attached to the 34th Infantry Division, entering combat on 26 June near Suvereto.

Major Wright served with the 522nd FA throughout the war from the Rome-Arno Campaign in Italy (June-September 1944); through the campaigns in France – Vosges (October-November 1944) and Maritime Alps (November 1944-March 1945); and into Germany (March-May 1945), remaining after V-E Day on 9 May in Donauworth for the occupation of Germany. A combination of points (length of service, time overseas, and size of family), an injured finger, and an illness sent him back to the U.S. in August aboard the hospital ship USAHS Ernestine Koranda. Major Wright arrived in New York on 14 August 1945, V-J Day, and went to Times Square for the celebration of the end of the war in the Pacific.

On 15 January 1946 Major Wright was promoted to Lieutenant Colonel, and shortly afterwards he left Active Duty and returned to the U.S. Army Reserves. He resumed his education with one more semester at Tulane and one at Washington University, then he took the bar exam and was admitted to the Missouri Bar. He returned home to Charleston and went into private law practice with a friend for a few years before the military build-up to the Korean War once again interrupted his civilian life. This time, he would decide to make the Army his career. 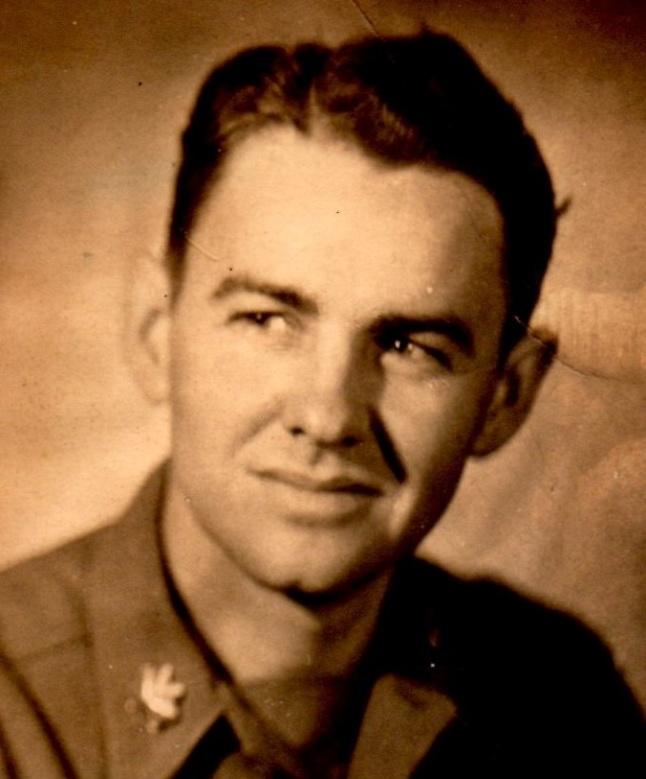 Recalled again to Active Duty on 24 July 1951, Lt. Col. Wright was given command of the 77th Anti-Aircraft Artillery Battalion, Camp Stewart, Georgia. The battalion was soon transferred to Fort MacArthur, California, for the defense of Los Angeles. In 1953 he was sent to the Republic of Korea and assigned to the Engineer Section, 8th Army Headquarters, Far East & UN Command in Seoul. This was followed in 1954-1955 by assignment to Tokyo, Japan, where he was at J-5, Headquarters, Far East & UN Command, at Pershing Heights. In July 1954, he was promoted to Temporary Colonel, U.S. Army Reserves. This assignment was followed in 1956-1958 by duty as Advisor to the South Carolina Army National Guard. In January 1959, he was assigned to Fort Shafter, Hawaii, as Assistant to the Chief of Staff, Office Deputy Chief of Staff, Programs & Controller, where he was Chief of the Management Division, Office of Comptroller, U.S. Army Pacific.

On 16 August 1962, Wright was integrated into the Regular Army in the Permanent Grade of Colonel. In 1962-1963 he was the Post Comptroller at Fort Lewis, Washington. In 1964, he was assigned to the Office of Comptroller, HQ U.S. Army Europe, Heidelberg, Germany, where he served as the Assistant Chief of Staff for Programs.

On 1 September 1967, Colonel Wright left Active Duty and was back on U.S. Army Reserves status until his retirement on 1 September 1970 after 41 years of military service to his county. Following his military retirement, he returned to his home state, where he

became Director of the Missouri Board of Liquor Control in Jefferson City, Missouri.

He married Ernestine Gilmore of East Prairie, Missouri, in 1938. They had four children: William Randolph, James Riley, Russell Gilmore, and Juanita Elisabeth. His three sons were with him and his wife at Camp Shelby. They also had six grandchildren and eight great-grandchildren. All four children are members of the Sons & Daughters of the 442nd RCT.

Bill Wright passed away at the age of 90 on 6 August 2002, in Cape Girardeau, Missouri. He was buried with full military honors in IOOF Cemetery, Charleston, Missouri. Ernestine Wright, his wife of 64 years, died on 15 December 2008 and was buried next to him.

Col. Wright wrote his wartime story and submitted it and his original wartime photo albums for the 1998 book, Fire for Effect: Unit History of the 522 Field Artillery Battalion. In October 1965 he, his wife, and daughter attended the anniversary of the liberation by the 442nd in Bruyères, France. He and his wife visited the 522nd in the 1980s in Honolulu. He was also a generous contributor to the Go For Broke National Education Center in Los Angeles and his name appears on their (1999) Go For Broke Memorial on Panel 8B, Row 40. In 2020 the four Wright children purchased a Memorial Brick for their father at the National Museum of the U.S. Army at Fort Belvoir, Virginia, to be installed on the South Walkway of Warriors Plaza. 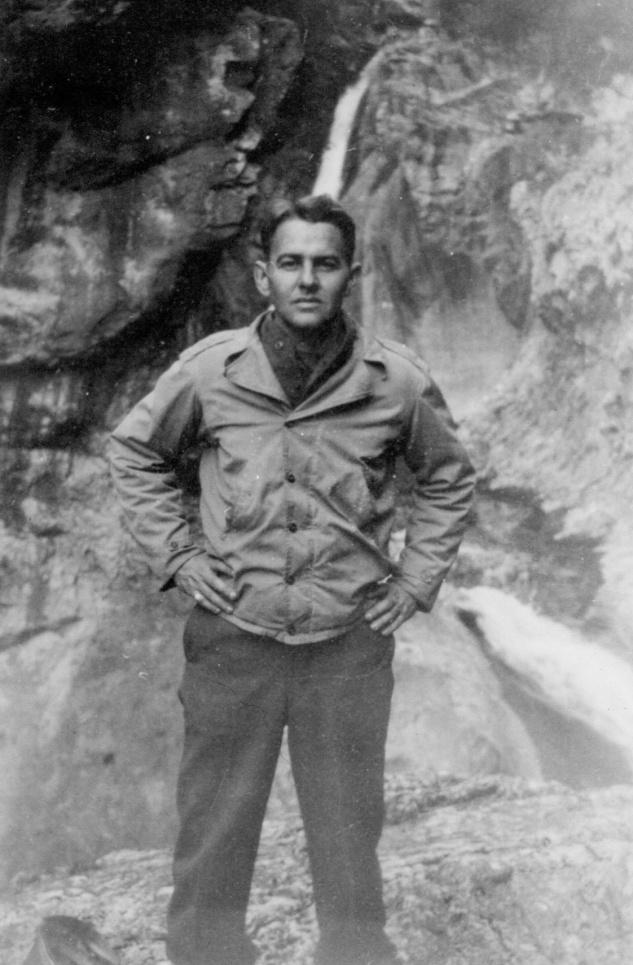 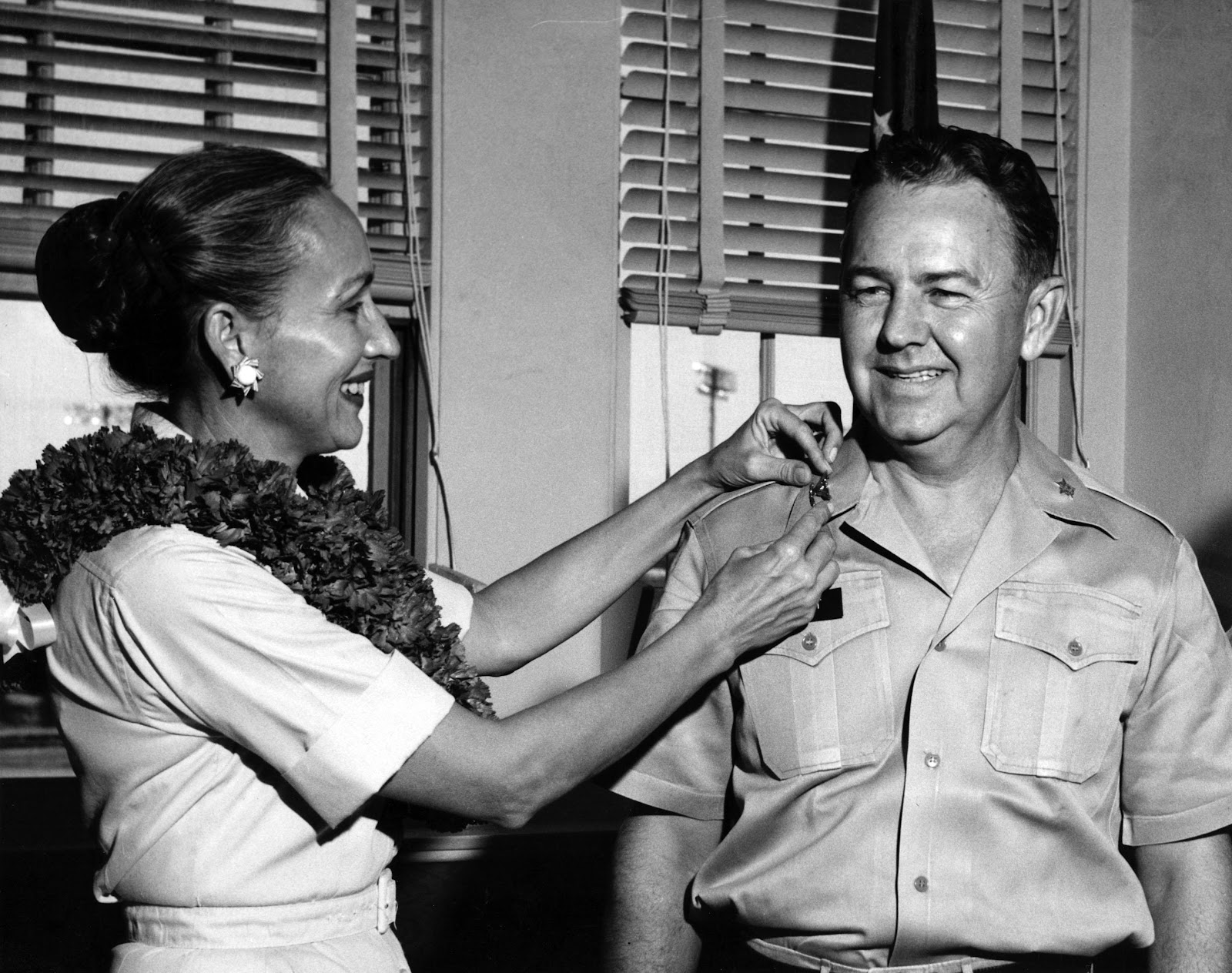 Ernestine Wright pinning the eagle on Col. Wright’s collar at Fort Shafter in 1962